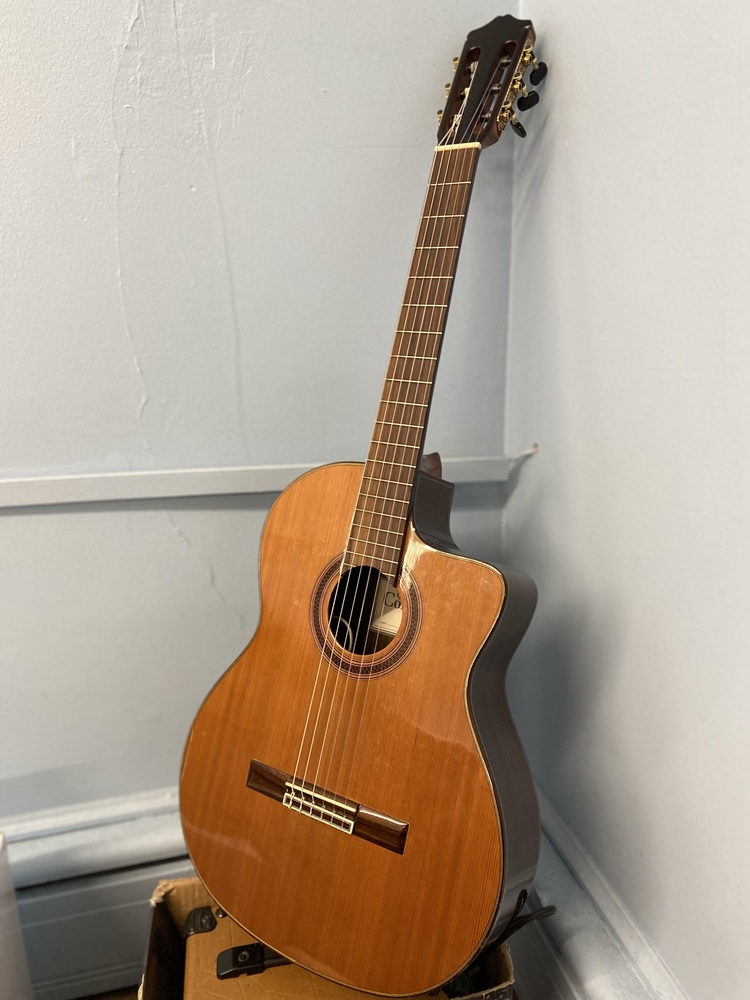 The students at ASJM are developing a comprehensive music education. The middle schoolers began the year learning about how to manipulate the music alphabet. The music alphabet contains 7 different letters which form 12 different musical pitches, using symbols called sharps and flats. Students learned to arrange these pitches into specific patterns, called major scales. It was familiar to many of them as Do Re Mi Fa Sol La Ti Do. We then learned how to clap, read, and write various basic rhythms. I would write rhythms on the board for students to perform both individually and as a group. Students wrote their own compositions using notes from the C major scale on a piece of staff paper. I would perform each student's composition for them to show them how quickly they can write creative and interesting pieces of music! The students have not only been learning music fundamentals, but history and appreciation as well. We have learned how to classify any instrument by the means in which it produces sound. Students are encouraged to listen to each instrument individually in the music they listen to. We are actively working through the four notable eras of music history, Baroque music, Classical music, Romantic music, and Modern music. Students will be learning about famous composers and their contributions to world history and culture.

Copyright © 2022 Academy of St. James of the Marches. All rights reserved. Powered By Apptegy